If you are looking to outsource your mobile application development to Indian developers or companies, it’s always good to know some of the basic terminologies that your developer may use. 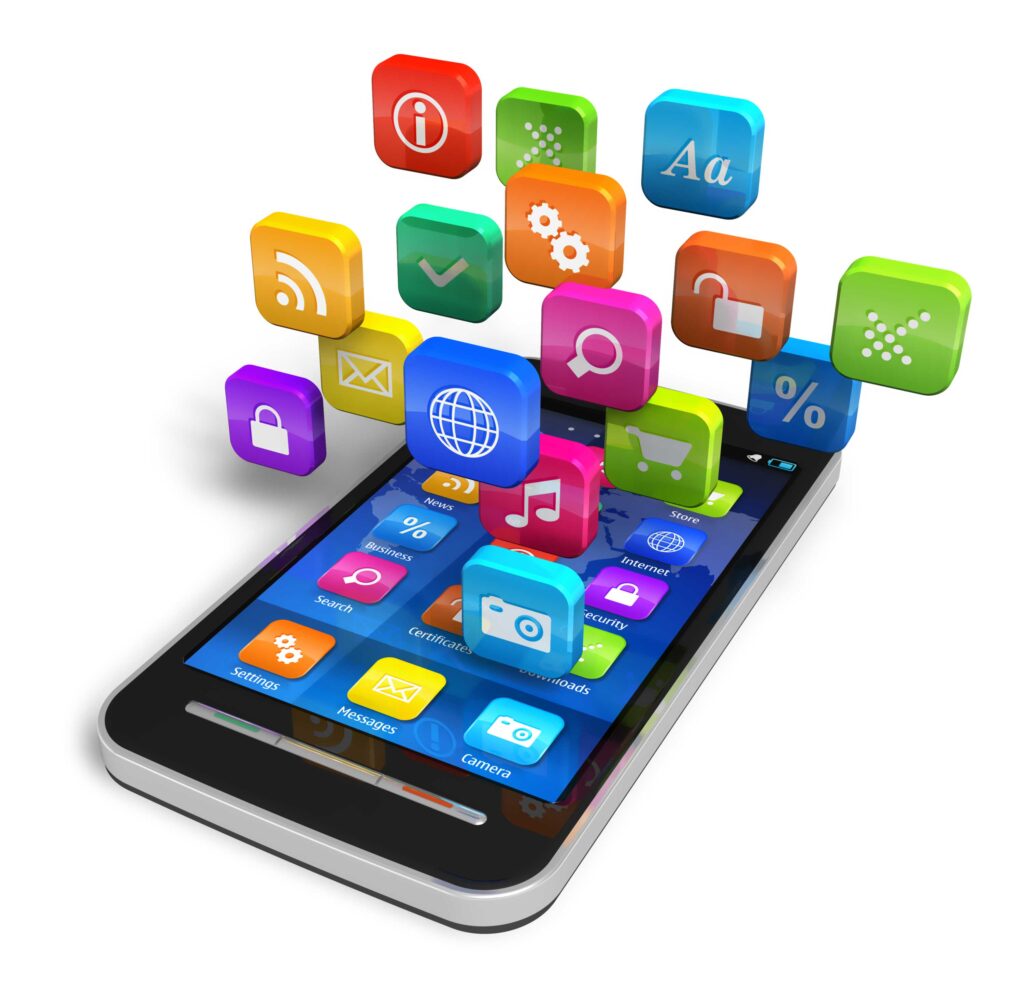 Knowing about these important terminologies will enable you to discuss your project with the developer in a better & efficient manner.

NDA (Non-Disclosure Agreement) is a legal document that is signed by both parties (clients and app developers) involved in the mobile app development.

It is a non-disclosure agreement that ensures that the details of the deal remain secret.

If your app development idea is unique or new, you must ensure that you sign an NDA with your Indian app developer.

Proof of concept is the process of testing a mobile application idea with a prototype or mockup to make sure it works and is worth investing in.

A proof of concept, or POC, is typically used to validate an idea before moving forward with it.

In other words, a proof of concept is a preliminary version of your mobile app, which can be used to get feedback from your target audience.

The MVP or Minimal Viable Product, is the version of the mobile application that allows a startup to collect the maximum amount of validated learning about customers with the least effort.

MVP is the key concept to lean startup.

The MVP is the answer to the question “How can I get started and learn quickly?”

It’s always wise to go with an MVP before you invest all your money into your app development business.

UX stands for User Experience and refers to the user’s interaction with your mobile app.

UX involves how a user interacts with your mobile app, as well as how they feel about that interaction.

It is a huge factor in determining whether or not a user will continue using your app.

User Interface, or UI, is the visual part of your app.

It’s the first thing users see and it’s your chance to make a great first impression.

Your app’s UI is the foundation of your app’s user experience.

It is therefore very important to hire an experienced app designer in India who can help you to produce interactive UI designs for your mobile application.

Mockup of concept is a rough version of your mobile app.

It’s the prototype of the app before it’s built. It’s an important step in the app development process, because it helps you plan the app’s features before you pay to create the app.

Usually when you hire an app development company in India, they will send you the mockups of your mobile application for your approval or feedback before proceeding ahead with your app development.

A native app is an app that is written in the language of the platform it is being developed for.

This means that native apps are developed for a specific platform (Android, iOS, Windows Phone, Blackberry, etc.) and are not cross-platform.

React Native is an open-source framework developed by Facebook for building cross-platform apps. It is used by many mobile app development companies to create native apps for iOS and Android.

React Native is based on the popular React JavaScript library.

It uses the same fundamental design as React for building user interfaces.

Cross-platform development is a process of developing mobile apps in such a manner that they can be operated on more than one platform such as Windows, Android, iOS, and BlackBerry.

Cross-platform mobile apps offer a seamless experience to the users who can access the same app from different devices.

Cross-platform development is distinct from cross-platform compatibility, as not all platforms may be compatible with each other.

Software Development Kit (SDK) is a set of tools that allow developers to create mobile applications for a specific platform.

For example, if you’re developing an app for iOS, then you’re going to need the iOS SDK.

Beta testing is the phase of mobile app testing (or quality assurance testing) carried out after the development of a mobile application is complete but before general release.

Its purpose is to detect any mobile app bugs and other deficiencies in the mobile application before it is released to the general public, as well as to provide feedback for the developers.

Push notifications are messages that are sent to the user when they are not using the app. This can be used to remind them to come back to your app or to keep them engaged with your content.

Push notifications are a great way to engage with your customers and to encourage them to come back and use your app again.

The mobile app contract is a legal document that sets out the terms and conditions between the app developer and the client.

It is important for you to have a well-written contract with your Indian app developer.

Web view is a component that allows your app to display content from the web inside your app.

It’s like a browser that you can embed in your app. Web view is especially useful for apps that display content from the web.

Push real-time data is data which is sent to the mobile application when it is updated in the cloud.

The application receives the latest version of the data automatically and is able to update the data on the device instantly.

The real-time data may be crucial for your mobile application if you want to show live information to your users such as currency exchange rate, weather, etc.

An application programming interface (API) is a set of subroutine definitions, protocols, and tools for building a mobile application.

An API specifies how software components should interact and is often used to enable interoperability.

It is related to the similar task of using computers to understand human behavior, but AI does not have to be specifically about people.

An APK is the application package file format used to distribute and install mobile apps on Android-based systems.

It contains all the code and resources necessary to run the app.

Each APK file is a digitally signed package of Android application files, assets, and resources.

Xcode is an integrated development environment (IDE) used in the creation of software for Mac, iPhone, iPad, and iPod touch.

Xcode is developed by Apple and is free to download from the Mac App Store. The software allows developers to create apps for iOS, macOS, watchOS, and tvOS.

Android Studio is an integrated development environment (IDE) created by Google for Android development. It is available as free and open-source software and is developed in Java. It is based on IntelliJ IDEA, and supports Android SDK version 14 and higher.

The Google Play store (formerly Android Market) is a digital distribution service operated and developed by Google. It serves as the official app store for the Android operating system, allowing users to browse and download applications developed with the Android software development kit (SDK) and published through Google.

iTunes is an online marketplace for mobile applications, music and video. The store is currently available in more than 119 countries and has millions of apps available for its users.

Do you need a mobile app?
Get a Quote. 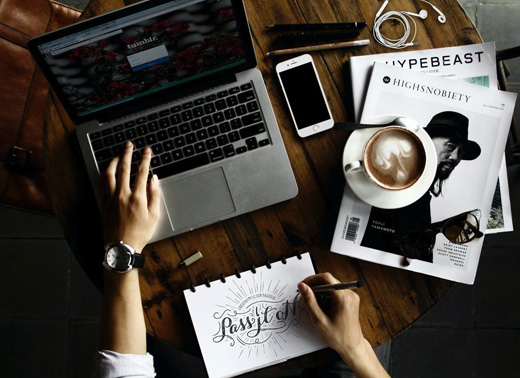 Related posts you must read:

We use cookies on our website to give you the most relevant experience by remembering your preferences and repeat visits. By clicking “Accept All”, you consent to the use of ALL the cookies.
Cookie SettingsAccept All
Manage consent

This website uses cookies to improve your experience while you navigate through the website. Out of these, the cookies that are categorized as necessary are stored on your browser as they are essential for the working of basic functionalities of the website. We also use third-party cookies that help us analyze and understand how you use this website. These cookies will be stored in your browser only with your consent. You also have the option to opt-out of these cookies. But opting out of some of these cookies may affect your browsing experience.
Necessary Always Enabled
Necessary cookies are absolutely essential for the website to function properly. These cookies ensure basic functionalities and security features of the website, anonymously.
Functional
Functional cookies help to perform certain functionalities like sharing the content of the website on social media platforms, collect feedbacks, and other third-party features.
Performance
Performance cookies are used to understand and analyze the key performance indexes of the website which helps in delivering a better user experience for the visitors.
Analytics
Analytical cookies are used to understand how visitors interact with the website. These cookies help provide information on metrics the number of visitors, bounce rate, traffic source, etc.
Advertisement
Advertisement cookies are used to provide visitors with relevant ads and marketing campaigns. These cookies track visitors across websites and collect information to provide customized ads.
Others
Other uncategorized cookies are those that are being analyzed and have not been classified into a category as yet.
SAVE & ACCEPT